Larger than life. It’s a bold claim. But when muralist and Earthmover Ouizi Chen’s paint- splattered face appeared at the door of the address she’d given us—a big loft building whose marked wear and tear was outweighed by a sense of total permanence—she lived up to the saying. As she led us into an old-fashioned freight elevator and slammed the heavy doors shut, her strength, boldness, and sense of self filled the space. It was impossible not to see the similarities between the artist and the art, as her passion and willpower matched the grandiose scale of her vibrant street art.

Primarily a muralist, painter, and illustrator, Ouizi began making art at a very young age, but began painting murals in 2012.

Since relocating to Detroit from Los Angeles, she has taken the city’s art scene by storm. Her larger than life work and bold attitude perfectly celebrate the Cat ethos. The backbone of her own success, this tough artist makes a living painting large-scale floral murals, often while suspended on a forklift.

The juxtaposition of such a delicate, traditionally-feminine subject within a large, loud medium blurs lines of gender and tradition. It’s a bold move, and one which she is choosing to live outside the mainstream, leaving her stamp on a city that has been overlooked for decades.

“I feel fulfilled every day, but that doesn’t stop me from wanting more and keeping myself challenged.” 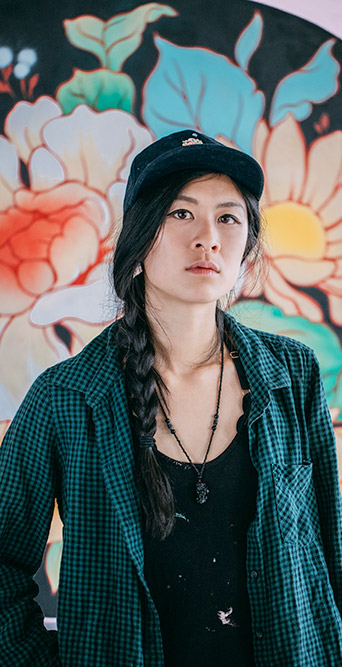 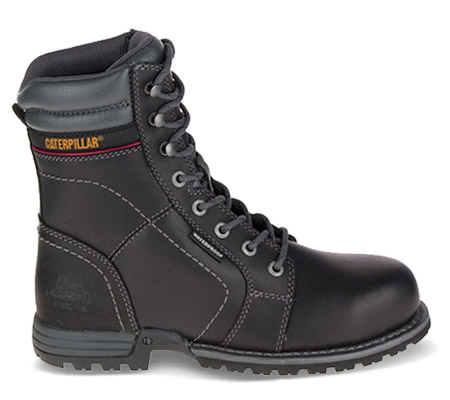